Author: Quennie Alboro
Drones have long been popularized and used in military purposes. But as technology advances, other leading companies also explore other possibilities for the integration of drones to humanitarian aid, services, and even in the business industry.
Drones, also known as Unmanned Aerial Vehicle (UAV), are operated without a pilot or crew on board. It is controlled either by remote, external operator, or by automatic system. Through time, drones have evolve from a bomb– filled balloon used by the Austrian to attack Venice in the mid– 1800’s to a medium– small lightweight model that looks like a helicopter or an airplane.

The features and abilities of drones to fly and reach areas that cannot be reached by manned aircraft caught the attention of the government and just as recently, of the businessmen as well.

DRONES IN THE BUSINESS WORLD 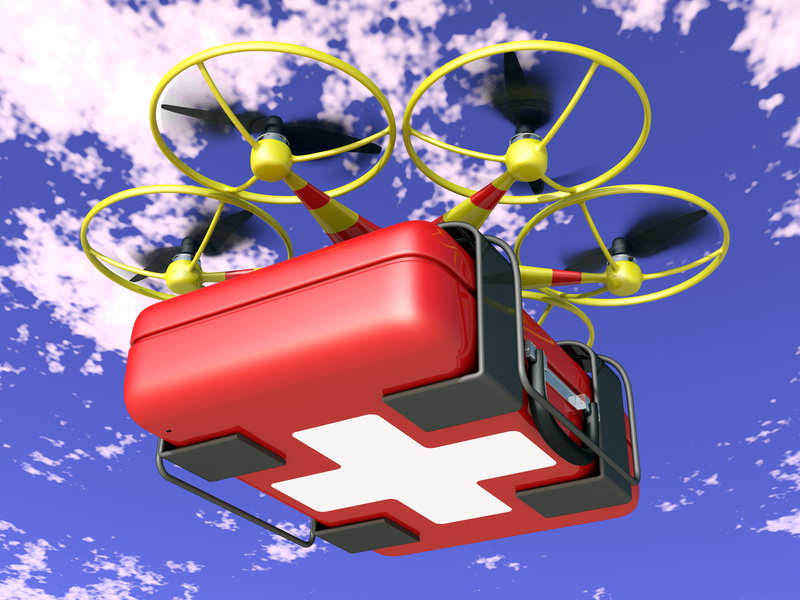 As mentioned, drones can be put to more use other than military purposes. History tells us that they have already been used for search and rescue operations, delivery of medicines, overhead shot for films and commercials, safety inspection on aircrafts, and 3D mapping. Now, the business industry got its eye on drones as part of their business development project and this includes giant companies such as Amazon, Facebook and Google.

According to Internet Live Stats (2015), 40% of the world population has internet connection. In just a matter of 15 years, this connection has been significantly increasing from million to billions of users around the globe.
The remaining 60% of untapped places and communities is what’s driving the leading e– commerce and tech and communication companies to look for ways and innovations that will enable this remaining percent to connect to the world.

That same year, Facebook acquired a UK– based company, Ascenta, which also makes high– altitude drones. One of the unique features of these drones is that they are solar-powered; enabling the drones to fly for weeks or if possibly, longer.

Amazon, an internet– based e– commerce company, is beginning to integrate drones in their future delivery plans. Through drones, Amazon believes that they can carry out the fastest delivery system in the planet. The company has been doing in– house testing and investigation regarding drones that would make same– day delivery possible.

Amazon’s program regarding drone seems to have the most logical setup compared to Google and Facebook. If we would try to perceive it, the company could truly produce more money if they offer same – day or immediate delivery to their customers. Just how amazing and convenient it would be if you would order a product abroad or from other city and it would be delivered in your doorsteps on that same day or the shortest time possible

Indeed, these giant companies are taking another step. They saw the potential of drones- the kind of potential that would help them generate a much bigger profit. What sounds surprising is that these giants are also reaching out to remote areas so these areas can gain access to the web.
Titan will work on a project called “Project Loon” which aims to provide internet access to remote areas. A longer term of connection can be guaranteed with drones that can stay in the atmosphere for up to 5 years.

On the other hand, Facebook is aiming to “connect the whole world with Internet.org” through high – altitude drones which Mark Zuckerberg dubbed as “connectivity aircraft.” The company’s labor did not go to waste since there was a report that the number of people who uses mobile data with operators who are partners of Facebook have doubled and are considerably increasing in some parts of the world.

Google and Facebook aims to bridge the gap between users, and in the long run, this also means bigger profit.

Age of Drones: Bringing Internet Service to the People


As the world begins to embrace the concept and uses of drones, in the future, chances are high that we would see a lot of drones networking in the atmosphere. There would not only be designated path or way for helicopters and airplanes in the sky. Drones might gain the same designation in the sky as they deliver, attend, search and rescue, shoot a film or commercial and more so, provide internet access around the world.
With the use of high – altitude drones that could fly for a week or longer; Google and Facebook could deliver and bring internet access to everyone – may it be in the city or in the remotest place in the planet.

These areas might not be able to receive service by towers or traditional internet service providers, but they could resort to mobile internet through the help of drones flying above us. It could give advantages to Google and Facebook since this would mean that there will be a lot more users that will be using their program and services.
People would be interested since signing up to Google or Facebook internet service is offered only either at low – cost or no cost at all because it is not tethered to a Wifi or cable network.
All of these things might just be possibilities in the future. All these advancements and innovations are of great help to our development as a society. However, it is still up to us how to use drones properly, for the benefit and general welfare of the people.

1 thought on “Drones: Bringing Advancements in Technology to the People”