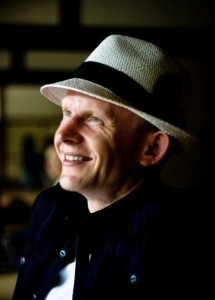 Devil. Wicked person. Annoying mischief maker. These meanings might be the first things to pop into your head when you hear the word “fiend”. According to Oxford dictionary, it can also mean, “a person who is excessively fond of or addicted to something.” Put that word together with juice, and you have “juice fiend” which is what best describes Andrew Cowan, an entrepreneur from UK.

In an interview with Founders’ Guide, he shares his entrepreneurial journey, how he turned his hobby into a business and how Juice Fiend evolved to become a vital part of his lifestyle. 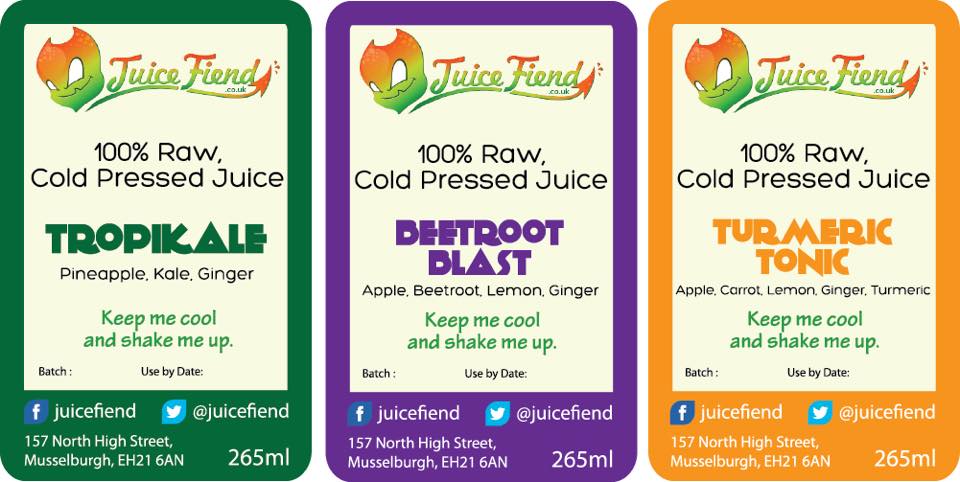 Cowan has been interested in juicing ever since he and his siblings bought their parents a juicer for their 25th wedding anniversary. When he lived in Japan for a while, he got even more interested in juicing because of the healthy lifestyle there. He grew his own vegetables like spinach, kale, bok, choi, shiso, moreheiya, and many more.

“There is also this famous green juice in Japan called aoijiru, which made me more interested in green juices, Andy shared.

In 2013, he went to the U.S. to attend the Woodstock Fruit festival, an event where he did outdoor activities, met new friends and attended lectures on health and fitness. He also ate fruits and vegetables for a week. In New York City, there were lots of juice bars, which made him think about turning his hobby into a business. In August of 2014, that dream finally came true.

The Birth of Juice Fiend 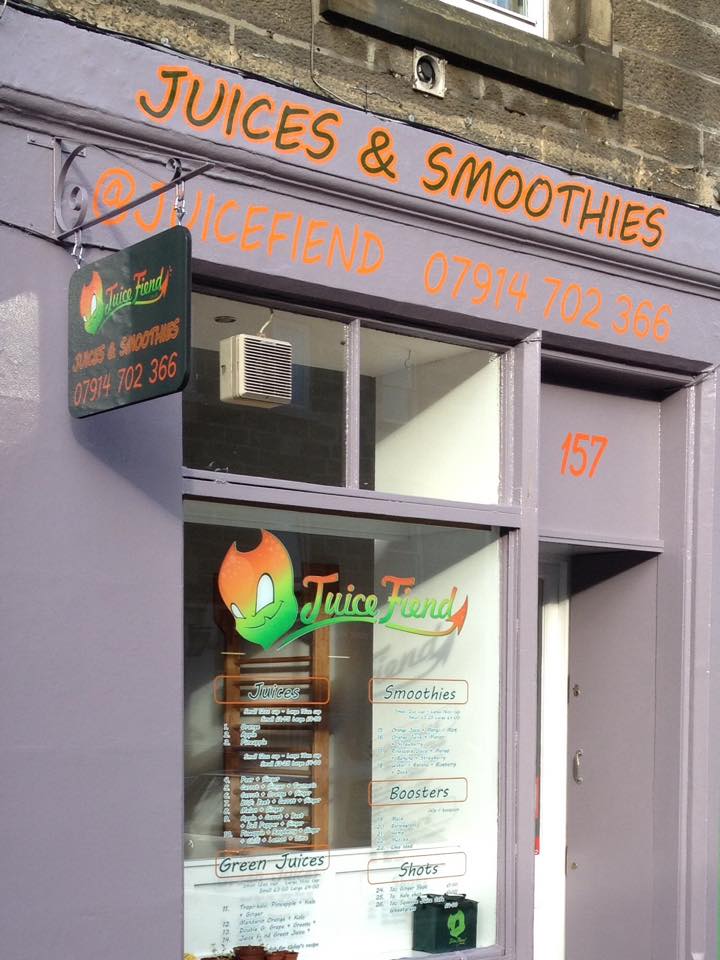 At first, Cowan thought about naming his business “Juice Master” but it turned out that Jason Vale already owned that name.

“So I thought, if he’s the Juice Master, I’m the Juice Fiend!” he declared. “It describes me well because juicing is more than just my hobby. I love the lifestyle and always want to find out more about things I can juice.”

Taste, unique ingredients and nutritional quality are three selling points that Cowan focuses on. He only likes to sell juice that he himself would want to drink. He also uses ingredients that are rare at other juice bars like turmeric, nettles and other foraged ingredients. His juicer is a hydraulic cold press machine, the kind usually used by connoisseurs.

The Juice Fiend founder further shares what makes his business different. “Mine is a bespoke juice cleanse service wherein I make juices for a customer the way they want. Example, they might want only green juices, or maybe they hate celery.”

Juicing as a Lifestyle

For Cowan, a juice cleanse is part of a healthy lifestyle. When he does it, he finds he is able to think more clearly and feels light. He sleeps well and even if he requires less sleep, his energy level is high.

“I think juicing is a great way to detox if you have been eating unhealthy foods, drinking alcohol, smoking and not going to bed early.”

Before starting a juice cleanse, people should think about what they want to achieve like for example weight loss. Other benefits of doing regular juice cleanse include more energy, increased motivation, clearer skin, brighter eyes, and improved digestion. In general, Cowan recommends a juice cleanse twice a year. It’s also more encouraging to do it together with a friend for the shared experience.

On starting a business in the UK

One of the challenges of starting a business is funding. But in the U.K., there is an organisation called Business Gateway, which provides plenty of useful information for startups. It also helped Cowan to find funding to start his business. He explained that it is still a loan that he needs to pay back but the good thing is that the interest is a bit lower compared to a standard bank loan.

Apart from the limited area which is only around Musselburgh, East Lothian and Edinburgh, other challenges that Juice Fiend business face is the short shelf life of juice, which is only 72 hours. Everything must be made fresh. Cowan can only produce a maximum of 4 cleanses (12 litres) per day with his current machinery, so sales volumes are low. Finding the best fruit to use can also be a challenge as well as finding new customers. Since he’s servicing only the local area, word of mouth is important.

At the moment, Cowan is the sole person behind Juice Fiend. Some cafes and organic shops are already ordering juice from him so he plans to purchase a new machine within the next 6 months to help him increase production. With the new machinery, he will be able to produce 100 liters of juice per day, which will help his business grow.

Five to ten years from now, he hopes to be supplying juice to health food stores all over the U.K. “I want Juice Fiend to be recognised as the no.1 choice amongst health conscious consumers in the U.K.”

Entrepreneur lessons learned along the way

When asked about the lessons he learned as an entrepreneur, he emphasized the need for support.

“I’ve learned that I shouldn’t be afraid to ask for help. There are lots of organisations whose purpose is to help new businesses to succeed. Business Gateway are great to begin with. They gave me ideas of other organisations who can provide me with different kinds of support, e.g. mentoring, funding, networking.”

As for advice he would give to would-be entrepreneurs who want to start a business in UK, he said that planning is of prime importance.

“For anyone wanting to start a new business, I think it is important to have a robust business plan. Showing your business plan to trusted friends can help you find out if there are areas you should try to improve.”

Cowan has had his fair share of mistakes since he started trading less than a year ago. However, these have become lessons that helped him to refine and improve his business along the way.

“Making mistakes is all part of creating a successful business. As long as I learn from my mistakes, I don’t consider them to be negative events.”

“If you want to start your own business, have faith in yourself and do your best!”